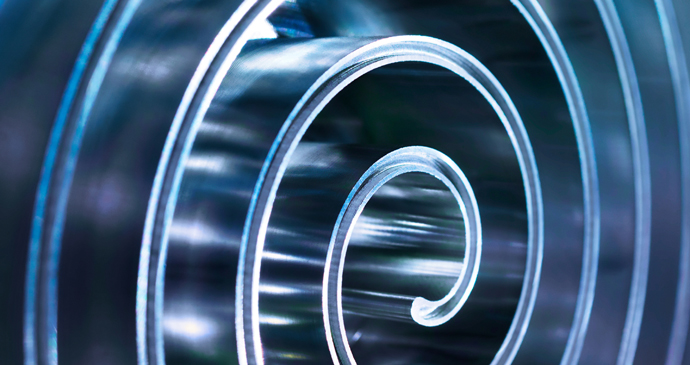 Faced with constant demands and distractions it can become all too easy to lose a sense of perspective and boundaries.  David Presswell suggests one way you might address this.

I was about seven years old and rifling through the large sideboard in my grandparents’ house – nosing where I shouldn’t – when I came across half a packet of cigarettes.  I remember them still (“PLAYERS” emblazoned across the crumpled packet) and the visceral shock I felt when I realised there were still some cigarettes inside.  I had never seen my grandfather or grandmother smoke, so couldn’t imagine what they were doing there.

My grandfather was in the garden and I plucked up the courage to ask him.

“They’re mine,” he said, straight out.

“If I’d given up only because there were no cigarettes around, I wouldn’t have given up, would I?”

I was surprised by this answer, but even then I sensed it was an important one.  I later realised it was my first introduction to a principle psychologists term ‘the locus of control’: the extent to which we feel control lies within us or beyond us – in objects, circumstance or other people.  In this case, whether the power lay with my grandfather or the cigarettes.

I am often asked to coach individuals, particularly in Support functions such as HR which need to accommodate the constant and changing demands of others, who have lost a sense of control in their working lives.  Over time they find themselves becoming not just exhausted but inexplicably emotional.  Their personal confidence can become dented and they can lose perspective on what they do – rather than don’t – want to happen.   Moreover, they can find their personal lives being affected as they start to eat or sleep badly, drink too much coffee or alcohol, or find it difficult ever fully to switch off from work.  It’s a recipe for illness.

A first coaching session may elicit all kinds of frustrations with the sheer unreasonableness of the organisation in which they work or the colleagues and clients with whom they have difficulties.  But it may also reveal a sense of exasperation with themselves for letting work get to them to such an extent.

If that sounds like you, the place to start might not be with the big issues which can appear so overwhelming, but with the smaller ones within your control – your personal routines.  In my experience, it is in committing to some simple, basic and healthy disciplines that the biggest changes can happen, most notably those around exercise, eating and sleep.

These changes don’t just help us feel physiologically better, but they also represent an investment in our own well-being –  they assume “I’m worth it!”  And, as we make continue to make this investment, we become ever less prepared to let people or situations take advantage of us.  It is a process of recognising our rightful needs and gently but firmly asserting our boundaries.

The psychological literature supports the accumulating benefit of doing this.  Wide-ranging studies in everywhere from offices to old peoples’ homes have found something similar.  As Ellen Langer, Professor of Psychology at Harvard, summarises her research findings: ‘The message is clear – those who do not feel in control of their lives are less successful and less psychologically and physically healthy, than those who do feel in control.’

But what this requires is an act of will, and sometimes that can be the single hardest thing to summon – especially at times when we are feeling low and what we instinctively crave is comfort.  What we need is an exercise specifically to prime our willpower.

And there is one.  It comes from Roberto Assagioli, a pupil of Freud and the founder of Psychosynthesis.  He was interested in what supports psychological health (rather than illness) in individuals, and he noticed that many of the most balanced people he knew were not those who had lived a charmed existence devoid of trauma – often far from it – but those who had learned and grown through their suffering.  They also typically demonstrated a quality of gentle self-assertion – of will.

For those looking to develop or re-awaken this quality within themselves, Assagioli developed the following, deliberately ‘useless’ exercise:

In the experience of all the coachees who have tried this – and my own – there is the same progression.  On the first couple of days the action feels novel, even bizarrely fun.  By Day 3 or 4 it feels to be an intensely boring and frustrating waste of time.  By Day 5 there is a revelation – ‘if I can do something this dull and pointless, simply because I will it, think what else I can do!’

And that’s right.  Whilst recognising there are always circumstances beyond our control, much lies within it.  This is a simple exercise for developing a muscle that, once strengthened, we can apply to other, much more meaningful and worthwhile outcomes.  In the first instance, we can start to view those daily actions that require effort, such as getting up in the morning or curbing an appetite, as ‘acts of will’ – thereby increasing the importance and likelihood of achieving them, as well as the satisfaction we feel in doing so.

When I first came across this approach I worried it might encourage more negatively controlling or obsessive behaviour; but what Assagioli teaches is that this is about self-mastery, not about becoming rigid.  The more we come to trust ourselves – flexibly but firmly to assert our will – the less we feel the need to control circumstances or other people.  My grandad never needed to avoid newsagents or the company of smokers, because he felt secure in his own ability to choose.  Having taken the locus of control within himself, he was free.

The Prisoner’s (other) Dilemma

The Prisoner’s Dilemma is a famous thought experiment from Game Theory.  Here David Presswell wonders if there might be…